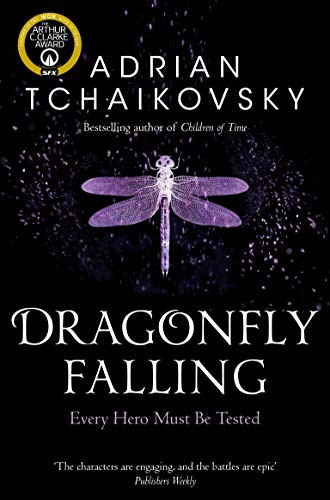 Sequel to Empire of Black and Gold. The Wasp Empire's armies are on the move - and the city of Tark will be the first to feel their might. Salma and Totho prepare for battle, alongside their Ant-kinden brethren. And within Tark's walls, they'll face a force greater than any Lowlander has ever seen. Stenwold Maker predicted this threat, and the Empire's secret service now deems him too dangerous to live. So he's to be eliminated, and his beloved city of Collegium destroyed. For if this centre of learning is lost, it will crush Lowland resistance. As the Empire's troops continue their relentless advance, their young Empereror pursues another, even darker goal. And his success would trigger a reign of blood lasting a thousand years.

Lots of things going on in this book because the War has come and the main characters are all scattered in different cities trying to defend themselves from the Wasp Empire advance. It's rich with battle scenes and military strategy discussions. And I was not bored by it. Thalric continues to be that complex lawful-evil character turned lawful-neutral. Totho makes a sacrifice that is probably changing his alignment. It's war and people die. All the characters go through the process of growing up, caught in a reality that is much harsher and more violent than they've ever imagined. They are not students anymore, it's the real deal.