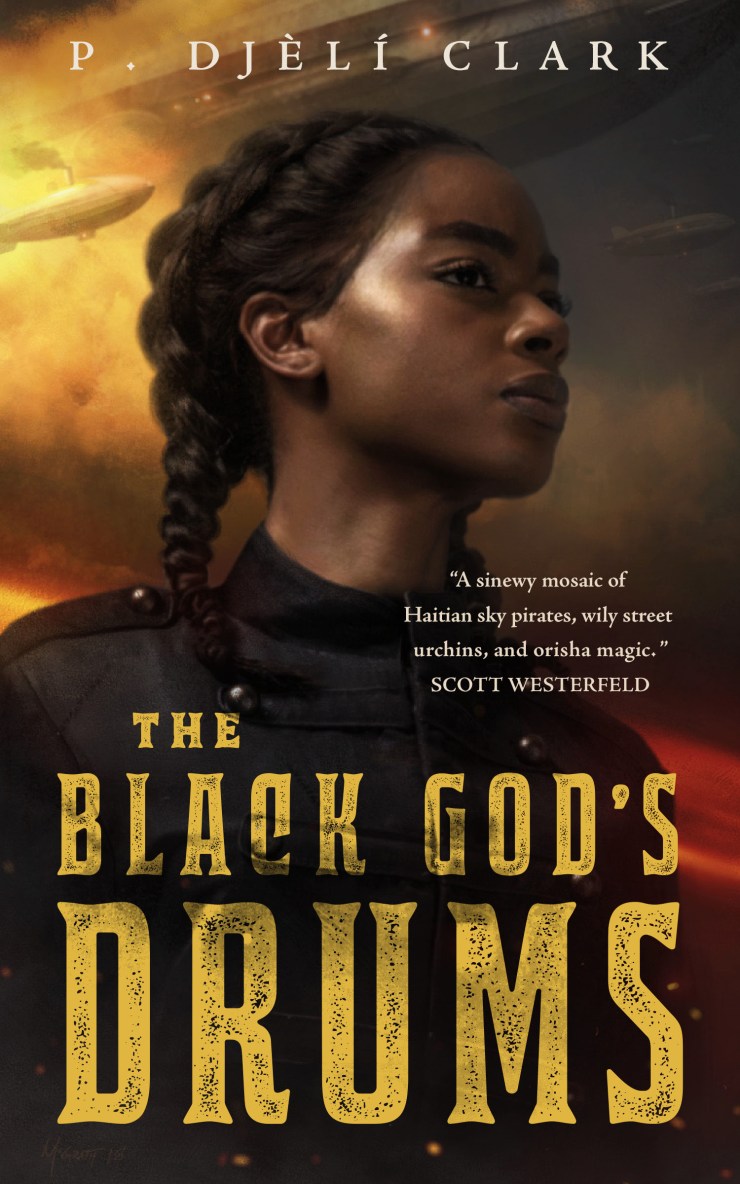 In an alternate New Orleans caught in the tangle of the American Civil War, the wall-scaling girl named Creeper yearns to escape the streets for the air—in particular, by earning a spot on-board the airship Midnight Robber. Creeper plans to earn Captain Ann-Marie’s trust with information she discovers about a Haitian scientist and a mysterious weapon he calls The Black God’s Drums.

But Creeper also has a secret herself: Oya, the African orisha of the wind and storms, speaks inside her head, and may have her own ulterior motivations.

Soon, Creeper, Oya, and the crew of the Midnight Robber are pulled into a perilous mission aimed to stop the Black God’s Drums from being unleashed and wiping out the entirety of New Orleans.

Clark has a knack for unconventional takes on the speculative genre, no doubt, and his writing is beyond reproach. This alternate New Orleans novella is smart and fun, but overall, it feels very conventionally steampunk-ish, a far cry from the whirlwind experience that is his Djinnpunk stuff .